My 5 helpful ways to deal with opinionated people 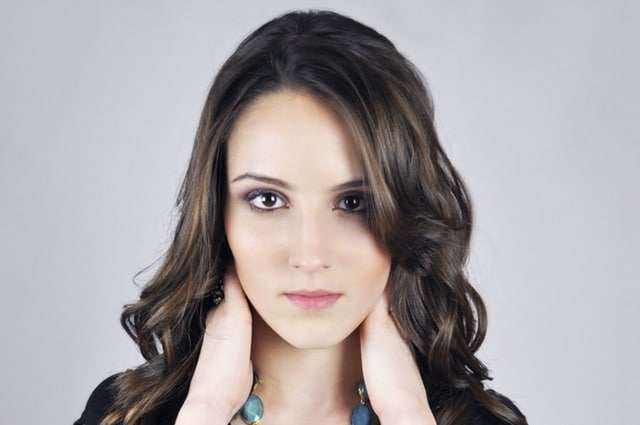 When you go against the norm or conventional way of thinking, it’s inevitable, that you’ll encounter, not one but probably numerous opinionated people.  Most of the time very close to home, like friends, family, your partner, your doctor and best of all the in-laws. And this is completely exemplified as soon as you raise your ‘own’ kids. Whether it’s because you’re breastfeeding ‘exclusively’ past a few months, you’re not giving your kids ice cream because you suspect a dairy allergy, or gosh forbid you want to buy an organic carrot.  Whatever it is, you can be sure an opinion is coming your way.

No matter the topic of conversation, you get their two cents worth and suddenly they become the expert. With absolute precision they have an uncanny ability to scrutinize and zoom into every little problem there is. Following which, they fixate on these issues and offer unwanted opinions on them. If that’s not enough, they top it off with their projection of all the possible bad things that can happen. Despite your good intentions, your confidence is shot and you’re p*ssed off. Sound familiar?

Since raising two boys that don’t eat dairy, gluten and refined sugar I’ve had my fair share experiencing opinions, criticism, advice and judgment from ‘well-intentioned’ people. I suspect that will never change, but how I respond has and here’s what I do, when I’m put to the test (most of the time)!

My 5 helpful ways to deal with opinionated (and critical) people

Most of the time, their opinions and criticisms reflect more about themselves than about you.  They react this way because of their own beliefs and understanding about life.  You may think the critical person is all out to get you, but it’s more likely they react the same way to everyone else too.  And what they go on about is the same. If they’re married just take a look at their partner and you’ll see!  Same comments…same opinions…same old hang-ups.  So remember its not you. It’s them.  How liberating!

Seek to understand rather than being understood

Sometimes opinionated people are often misunderstood.  They may be genuinely concerned about something and offer an opinion in a rather tactless way, creating a massive misunderstanding.  We then judge them as that’s just who they are and respond accordingly always being on the defense.

Often we’re occupied with “how” someone talks to us (the words and the tone), rather than “what” was being said (the message).  Critical people can come across harsh, but its up to us if we choose to attach negativity to their words.  They may also lack tact, but that’s because they can simply be unaware of how they’re coming across.

There’s often a good chance that we take their comments negatively when they don’t mean to be negative at all.  So filter the words and get down to really understanding the message.

Appreciate opinions as a source of honest feedback

Wouldn’t you rather someone be upfront, blunt and direct with you to your face, than with someone who’s seemingly nice when you’re around, but behind your back it’s a different story completely?  Take it as a compliment that they care.  They just have an unlikeable way of doing it.

I also believe it shows the degree of closeness in your relationship.  So in many ways when I get an uninvited opinion or criticism upfront, I see it as a compliment. They care and are comfortable enough to say so and so I have more respect for that relationship.  Those that criticize and judge only behind my back…not so much!

Shift the focus on you

When we feel unjust by someone we spend so much time fuming about that person, what they said, how they behaved, and like a movie director we’ll add our drama to it.  We give these people far too much credit. Often they’re not that clever or conniving, but because we have internalized it for ages in our heads our perception of the situation gets completely distorted.

Now imagine using all that time and energy to work out what it is that’s actually bothering you.  Why do you feel uncomfortable or unhappy with a certain opinion or comment.  Just as their opinions reflects something about them, our discomfort reflects what’s going on inside of us too. Keep asking yourself and drilling down to get to the root cause. Ask yourself – why do I feel uncomfortable with his/her comment?  Why is it making me so mad? It could be a belief or a reminder of a similar situation from the past.   The final answer should be one that gives you closure, making you in charge of the situation, without expecting anyone else to change.  It’s an amazing opportunity for self-growth, awareness and conscious living.

Kill them with kindness

This is a really tough one and very hard to put into practice.  After all how can you be kind to someone who is causing you so much anguish and misery?  The last thing they deserve is your kindness…or is it?  It’s often said that “the people who are the hardest to love are the ones who need it most.” 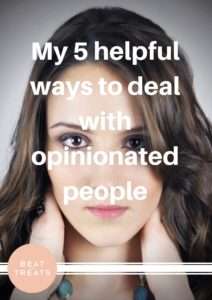 I think that’s so powerful.  Why are they so critical, so quick to judge? Why is it so hard for them to be positive, supportive and encouraging? Why are they so tight with their emotions?  It’s because they lack it themselves.  They can’t offer something they don’t have.  And if they’re so critical of others, chances are they are exactly the same to themselves or worse.  They don’t even give themselves the love they need. Be generous with your emotions, give them a compliment, ask how they are, invite them for a coffee, help them out.  Get to know them personally.  Don’t be quick to get discouraged.  They may not react they way you want or at all.  They may even react adversely at first, but that’s because they’re caught off guard by your behaviour and chances are they’ve rarely been treated is such a proactive way.  Just carry on with your kindness, and soon enough you’ll see a glimmer of hope and they’ll react positively…eventually. While the effects may just be a small improvement in your eyes, in their world it’s a huge shift.  With time and effort your once nemisis may turn out to be your biggest ally and cheerleader.

Whatever you do, DON’T ask for opinions if you can’t take it, especially from someone you know is likely to be critical.  Look for the validation and acceptance somewhere else.

And if all else fails avoid and ignore! Instead of retaliating in anger, give a simple 1-2 liner response, one that acknowledges receipt of the opinion but doesn’t engage further in discussion.  Often this will encourage a reaction or a response, but just as critical people need to take responsibility for their comments we have to take responsibility for our response.  Remember you can’t change anyone, but we can change how we act and respond to them.  We always have the choice.

I must admit by practicing some of these strategies I’ve gone from feeling offended, angry and hurt by peoples opinions to feeling empowered, confident and fulfilled.  Not always of course…I am human after all.  But I love being proactive and surprising people.  Best of all I love what I’m teaching my kids. I’m teaching them how to be resilient, in charge and to have complete confidence and faith in themselves.

Did you find this helpful?  Do you have any other strategies or insights that work? Or any funny stories?  I’d love to hear from you so leave a comment and don’t forget to subscribe to my eNewsletter for more tips, advice and nourishing recipes.

Ditch the junk and live deliciously. 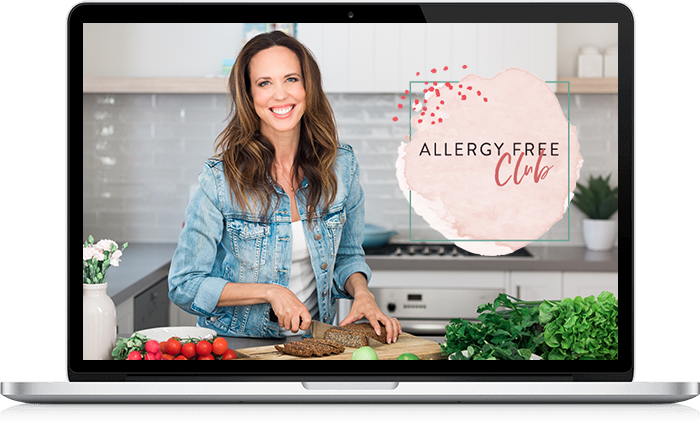